Grace Evangelical and Reformed Church began as a layman’s movement in the borough of Stemton. The leaders of the community, desiring to provide religious instruction for their children, held Sunday School sessions in the Dry Run Public School House as early as 1864, and then in the Stemton School House from 1870 onward.

As Stemton’s population increased – due to the rapidly growing cement industry – more and more people desired religious services. Therefore, in 1897, Thomas George took a petition bearing seventy-three names to East Pennsylvania Classis, asking for the organization of a new congregation. The petition was resolved and, out of the seventy-three named, fifty-nine petitioners became the Charter Members of Grace Reformed Congregation. Many of their descendants can be found among our current members. 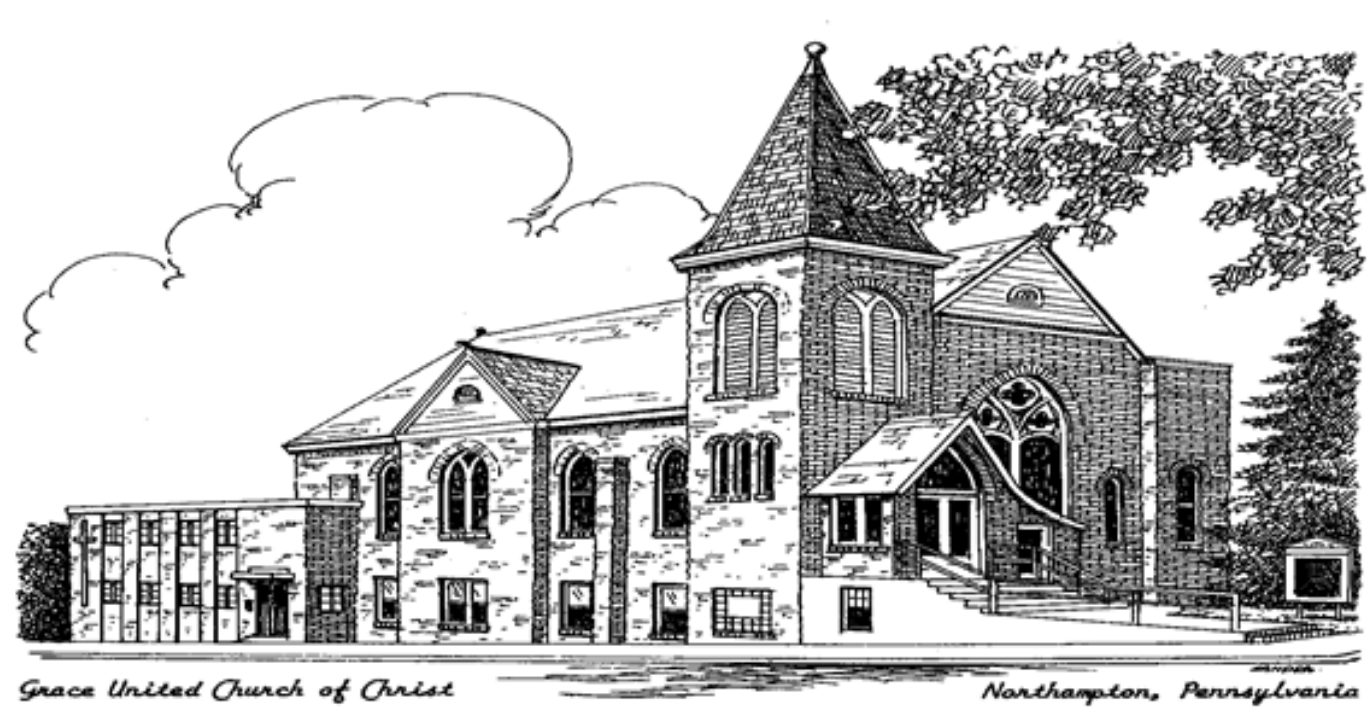 The cornerstone of the church building was laid shortly thereafter and the completed building was turned over to the congregation in 1898. The First Hungarian Reformed Church of Northampton used the building for Sunday afternoon services in 1916-17. When that congregation dissolved, many members joined Grace Reformed Church. A worship service in German was conducted once a month until 1926.

Grace Reformed Church became Grace United Church of Christ in 1957 following the merger of the Evangelical and Reformed denominations and the Congregational and Christian denominations. The original church building continues to house the Sanctuary and Fellowship Hall, and the Education Building was added in 1964.

Grace strives to honor its beginning as a Sunday School program by taking every opportunity to serve our youth. We continue to offer Sunday School classes along with various other youth and family programs. Some examples of our community youth involvement are that we hosted Northampton students in 1980-81 while Franklin Elementary was being renovated, and Boy and Girl Scouts have found a home in our building throughout the years.